Dear Grandma,                                                          July 23, 2015
The Metolious river springs from the ground.  Not as a trickle but a a river.  Its headwaters are a bubbling cauldron and nobody knows where the water comes from.  It just pops out.  I didn’t know rivers could originate like that, I thought they started as small creeks eventually combining to become large enough for someone to call a river.  Since the river is short, it doesn’t have time to warm up in the 90-degree heat so getting the children bathed-especially Oliver, who thinks cleaning is some stupid ritual grown-ups demand as a right of passage, one he will surely discard when he is older-can take some convincing. 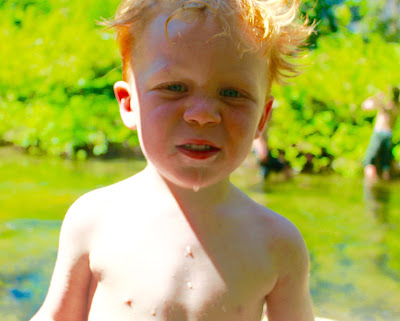 When bathing a 3 year-old covered in dust and dried blood from periodical falls during the day, it is important not to let him wade into a cold river. I place him on a large rock while I wade in and pretend it isn’t cold.
“See, watch Papa…” I’m in and out of the river like water popping out of hot oil.  “Just like that” I say, rubbing my arms to warm them up.  I apply soap and start scrubbing.  Oliver looks at me suspiciously. There is something askew here but he can’t put his finger on it.  People say you are not supposed to lie to your children but they haven’t seen how dirty a boy gets in a dry, dusty campground “building trails” from camp to the bathroom.  When using a kid’s hoe proves too inefficient to move pine needles and cones out of the way (like a fork during dinner), he resorts to using his hands.  I place him in the sunshine to get good and hot before dunking him in the river. 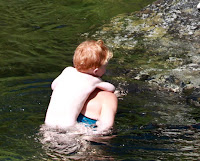 “One, two, three…” I say.  He takes a breath and closes his eyes.  But hitting the frigid water they are shocked open.  I lift him back to the sunny bank and start scrubbing him with soap.

"That was cold Papa!"  He yells.  I play the foolish parent who hasn't warmed the bath water properly before putting their child in.
“Really?”  I say shaking from standing in the water while scrubbing him.  “Nooo, its refreshing.”
He gives me the stink-eye, “What’s ‘refeshing?’” I’m shaking him back and forth from scrubbing so hard. 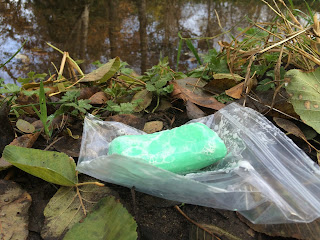 “Ohh, that’s when you are hot and you get in the water and out again and now you feel great.”

Sam joins us in his swimsuit and not realizing how cold the water is, jumps in, then scrambles back up the bank screaming, “That water is freezing!” 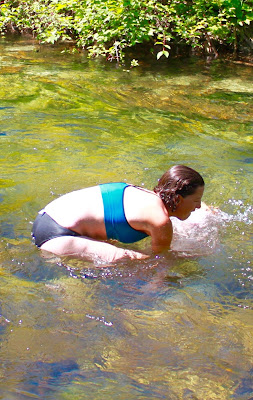 “Yeah Sam!”  Oliver says, as if describing something I need to understand better because I obviously have no idea what I’m talking about, “That water is FREEEEESSSSSIIIINGGG!”

Before I can tell Sam to keep his mouth shut, that I can’t have a three year-old walking around a rehearsal dinner looking like a Feral Child, that Oliver is going back in this river to rinse off and it would be better if he doesn’t attempt to run away from me while I do this Sam starts in again. 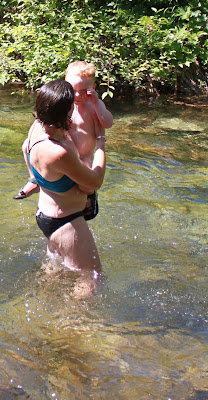 “Papa, that water is so cold you could FREEZE TO DEATH!” Sam has his big blue eyes wide and Oliver is buying what he’s selling no matter what I tell him.  "Get some soap Sam and start scrubbing," I say not engaging in a debate about freezing to death.  Gabriel and Jenny come down the bank, walk into the stream and let out a yelp.  Oliver is starting to back away from the bank.  I grab him which smears his soap on me, I will have to be rinsed again.
“No Papa!”  Oliver says, “That water will freeze you to Death!”
“Naaa…” I say “Watch this…” and dip him in and out of the water, place him on the bank and grab the towel laying on the rock and wrap him up before he can recover from the shock to protest.
Sam is so impressed with my speed, he tells Oliver he is lucky because he must have had fun to get whipped around that fast.
“Can you do that to me?”  He asks.  Now Oliver looks at Sam like he is crazy too.  His whole family is becoming a bunch of idiots right before him.
“Sure,” I say, happy to have Sam part of the convincing committee with his volunteering of going back in.  Jenny and Gabriel are soaping up on the bank.
“Don’t Sam!!!” Oliver yells trying to save his brother, “it will freeze you to death!”
I grab Sam and whip him in and out of the water but not as fast because he weighs twice as much as Oliver.  I feel something in my back yell at me about the weight like Oliver did about the cold water.  “You do that again” my back threatens, “and you won’t be walking…”
Oliver waits for Sam’s conclusion of going back in but he is quiet trying to get his bearings from going down, up, and out of very cold water.  Sam has a shiver go up his back like he’s been hit with a small electrical current.  Oliver has seen enough.  He starts up the bank.
“Wait Oliver!”  I say so he doesn’t get dirty again.  I still still have soap on me and he looks back to see the shock on my face as I emerge from rinsing.  It cannot be disguised but I try to smile as I run to scoop him up.
“Papa, Papa,” he says seriously as I cradle him in my arms.  Jenny and Gabriel scream again in the distance from their rinse, reinforcing what he is about to say, “that water will freeze you to death.”
It’s going to be interesting getting him to bath before the wedding tomorrow. 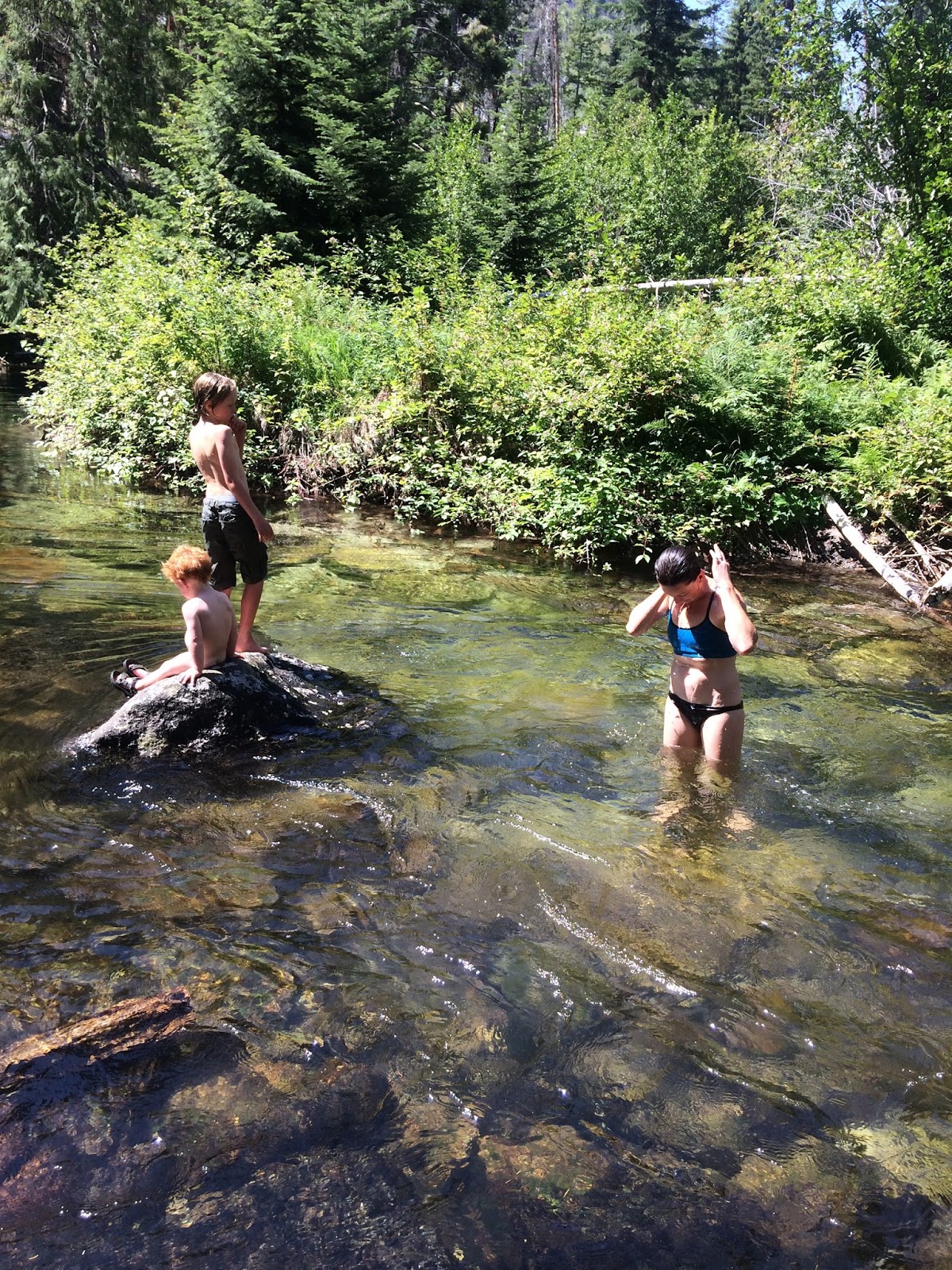 ©2015davidbrabec
All Rights Reserved
Posted by David Brabec at 6:56 AM